Personal mixology: Your body, your life, your limits

Rate this article and enter to win
Not all of us can handle the same amount of alcohol. Different body types, genes, minds, and experiences affect our tolerance. Here, five students talk about their relationship with alcohol in the context of their own risk factors: A family history of alcoholism; fatigue and stress; small body size; medication interaction; and diabetes. Two experts suggest customized strategies for managing their alcohol consumption.

Callie’s story:
“I’m 4’11”, 87 pounds. It’s difficult when friends don’t think about the fact that I can’t drink as much as they can. I become intoxicated quicker. I drink occasionally, two drinks at most.”

Why is being small-bodied a risk factor when drinking?

Callie* is a female fourth-year student at Empire State College in Saratoga Springs, New York How Callie handles it
“I make it known before everyone is under the influence that I’m either not drinking or will only have one alcoholic drink. I stick to what I say, so I’m taken seriously the next time.

“I avoid situations where I will feel pressured. Although this didn’t used to be the case when I was younger, I never go out in social situations where there is drinking on a whim. Sometimes I tell everyone that I’m the designated driver. More often than not, my friends are understanding.

“When I do drink, I pre-plan: I have plenty of fluids afterward, and make sure that I eat and get a good night’s sleep.”

Expert view
“Callie has high awareness, knows her limit, and already practices strategies to say no and reduce her drinking. She is managing her risk factor very effectively.” —NC

Junot’s story:
“I take Lamictal every day for manic depression [bipolar disorder]. I have been taking it for seven years. If I drink too much, the medication will not work properly for the next day or so.”

Why is medication a risk factor when drinking?

Junot*, male, first-year student at Wake Technical Community College in Raleigh, North Carolina How Junot handles it socially
“I drink every weekend or every other weekend, usually locally-brewed wheat beers and white wines. I normally only have one or two, sometimes a little more if I’m not driving. Every once in a while I’ll have a lot to drink around close friends.”

Expert views
Junot is right to be very cautious about driving: “If you drink while taking Lamictal, you can have increased dizziness, drowsiness, difficulty concentrating, and impaired judgment. Also, he still needs to set limits before he goes out with friends. If Junot enters a manic phase, he may not be able to control his drinking. Drinking at a bar is still risky unless he has a non-drinking buddy to watch over him. The effects can creep up quickly.” —SL

“Junot’s consistent medication use shows high commitment to his health and managing his mood symptoms. Nevertheless, he continues to practice habits that may put this health goal at risk (e.g., sometimes drinking in excess of two drinks).” —NC

Red flags for drinking while medicated Strategies that work

Sam’s story:
“Both my parents were alcoholics. When I was growing up, my parents fought all the time and we were super-poor. I bounced between their homes, and my dad abused me. I’ve moved 38 times in 35 years. I have perhaps three alcoholic drinks a year, and I’ve been drunk three times in my life. There are a hundred other more fun things I can think of to do.”

Why is family alcoholism a risk factor when drinking?

Sam* is a transgenderqueer student in the professional program at Hudson Valley Community College in Troy, New York How Sam handles it
“This has absolutely influenced my relationship with alcohol, as has watching people do stupid things while drinking. I refused to drive with anyone who has had even a sip. I am often the designated driver. I’ve called the cops on an ex who got behind the wheel while drunk.”

Expert views
“Both parents have a known alcohol-use disorder and there’s a history of interpersonal trauma. This places Sam at high risk for alcohol misuse, abuse, or dependence. However, Sam shows high awareness of how personal history contributes to risk and practices preventive habits, and is doing an excellent job.” —NC

“We often see the children of parents with an alcoholic-use disorder go to the extreme and never touch any alcohol, because they’ve lived through the devastation that excessive alcohol causes.” —SL

Red flags for people with a genetic susceptibility Strategies that work

Briona’s story:
“I love to have my friends over and throw back a few beers. I’ve been fatigued and stressed due to school. How much I drink depends on my mood. I’ll have a beer at least two or three times a week, but other times I’ll lose count.”

Why is fatigue + stress + alcohol a risk factor?

Briona*, female, second-year student at a public university in Michigan How Briona handles it
“I’m a pretty casual drinker. I have a beer at least two or three times a week when school is in session. During breaks from school, it’s not unusual for me to go on three- or four-day benders. Summertime is full of vacations that I take with friends, and we always have alcohol on us. If I’m stressed, drinking helps me forget about that stressor for a while. Alcohol doesn’t have that much of an effect on either my stress or fatigue levels.”

Expert view
“While Briona is aware of her stress levels and the conditions that exacerbate it, she doesn’t seem aware of the risk of managing stress through alcohol, and she demonstrates inconsistent behavior when trying to do this. She is not managing her risk factor very effectively.” —NC

Red flags for drinking while stressed or fatigued Strategies that work

Christophe’s story:
“I use insulin and check my blood sugars three or four times a day. My friends know I’m diabetic, so they always watch out for me. I drink anything, really, but I try to drink low-carb beer and mixed drinks with diet pop.”

Why is drinking while diabetic a risk factor?

Christophe,* male, fourth-year student at Mount Allison University in New Brunswick, Canada How Christophe handles it
“I usually drink twice a week. Since alcohol brings down blood sugars, I will occasionally have a drink made with real sugar. I always carry sugar pills. My friends can tell if I look shaky and sweaty, and they come and ask if I’m OK.”

Expert view
“Christophe is aware of his health condition: He monitors it regularly, and he’s willing to adjust his behavior, but he is not managing the risk factor very effectively. Alcohol lowers blood sugars, but it’s more complicated than that. Over time, alcohol can reduce the effectiveness of insulin and raise glucose levels. He should consult his own health care providers about his. Christophe seems to act on good information when he has access to it.” —NC

Red flags for people with diabetes Strategies that work

Strategies for managing your alcohol consumption

Practice saying “no” to a drink

Alternate and/or dilute your drinks

Shake up your habits 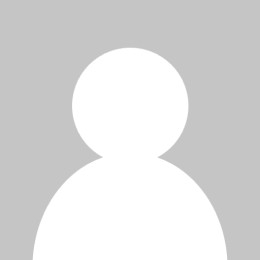 Kristen Pope is a freelance writer and the managing editor of JHStyle Magazine based in Jackson Hole, Colorado. Her writing credits include the International Journal of Wilderness, Mountain Outlaw, Teton Family Magazine, Big Sky Weekly, and Dishing. Her MS in natural resources is from Humboldt State University in California.

Run for your life (literally): You gave us 7 ways fitness fixes (almost) everything

3 reasons to rethink your vitamin and supplement regimen

How to make your everyday life more mindful