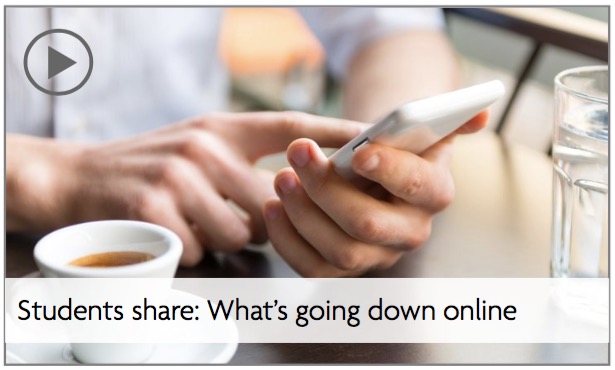 Making it through (just)

“I never thought I’d make it out of middle school. The girls had turned all my other friends against me, spread false rumors, and made my life a living hell. The principal told me that there was nothing he could do about the online harassment. I was fortunate enough to have had family support, but others aren’t so lucky or it’s too late. Had my mom not stopped me from hanging myself, I don’t know if I’d be typing this right now.”
—Second-year undergraduate, Mount Royal University, Alberta

“In my first year, a classmate targeted me and stole online copies of my artwork. Reporting the issue had no impact at all. These incidents were hateful. I quit going to college—they had failed to investigate the harassment—and the student graduated with honors well before I decided to return. Why was my fair opportunity to learn disregarded? The cost has been far more severe than it ever should have been.”
—Second-year student, Illinois

Disconnecting from others’ humanity

“I have seen transgender individuals post pictures on social media and random people leave insulting comments. I find it disgusting and think people have ‘keyboard confidence’ and hide behind a computer screen.”
—Fourth-year undergraduate, University of Miami, Florida

Making space for everyone

“By listening to people’s stories, we can get a much bigger picture of what their lives are. Listening to other people also helps us overcome our insensitivity. We must educate ourselves and understand the problems that each group or person faces, instead of sitting and watching from a distance or behind the computer.”
—Second-year student, Santa Rosa Junior College, California

“Even as an adult, there are times I don’t think before I speak. There are many things I do not realize could be harmful to someone because I am not in their position (whether they are a part of the LGBTQ+ community or another nondominant group). It’s helpful for us to share our experiences in order for all of us to learn.”
—Third-year graduate student, University of Windsor, Ontario

Stepping up as a bystander

“I like to help these people see the error in their behavior and ignore their rude comments, [responding] with comments of hope.”
—Third-year graduate student, Ashford University (online)

“Someone made a comment applying an Asian stereotype. This person kept leaving ignorant comments about my ethnicity. Shortly after, the person removed his/her comments and apologized after a few people got involved.”
—Fourth-year undergraduate, University of Windsor, Ontario

Looking back on lashing out

“I decided to send him an explicit message online in a private message. He said he wasn’t interested, but I kept asking him for dates and sex. He reported me to our employer. I didn’t realize my behavior made him feel uncomfortable, and I stopped.”
—First-year student, Oakton Community College, Illinois

“I was raised to treat others the way I want to be treated, and when it comes to online interaction I still need to apply that rule. Just because you can be anonymous doesn’t mean you can spread negativity.”
—Second-year student, College of the Desert, California

“I think I’m pretty open-minded, I try to be kind, and I definitely avoid reading the comments section.”
—Third-year undergraduate, University of Victoria, British Columbia

Seeing abuse as a symptom of perpetrators’ struggles

“Those who bully have issues in their own life. Those who tear others down usually do it to feel better about themselves.”
—Second-year undergraduate, Oregon Institute of Technology

“An acquaintance/old friend calls me [derogatory slurs] online when he is drunk. I know he is not a bad person overall (although he is a two-faced jerk) and is going through a rough time. I don’t report it but I won’t be his friend any more.”
—Fourth-year undergraduate, Portland State University, Oregon

“I think it has to do with feelings of being rejected and the belief that women who behave sexually belong to you or are less deserving of respect. The way we as a society dehumanize women and make them into sexual objects are contributing factors.”
—Fourth-year undergraduate, Portland State University, Oregon

“In online games with anonymity [when] I don’t know the other person, I try to be funny. Sometimes it went too far and I was outright mean.”
—Third-year undergraduate, Stanford University, California

“Sometimes people don’t realize how differently people can interpret comments. Even if you call someone out for spelling something wrong, that person may feel embarrassed [or] anxious, start stressing about whether or not they should take down the post, etc. We are so exposed online that any kind of comment has the potential to make waves.”
—Second-year graduate student, Drake University, Iowa

Moving forward (if the situation allows)

“Growing up I had this skin condition that caused my skin to be spotty. Two people posted online that people with ugly skin conditions should wear a wetsuit so that no one would have to see their disgusting skin. I was very self-conscious and tried to get out of swim class, but after a week of slouching around I decided I shouldn’t do that any more. I got back to doing something that I love and I beat those boys in swimming races the rest of the season.”
—Second-year graduate student, Wayne State University School of Medicine, Michigan

“I’m plus size. Due to that, I receive lots of rude and crude comments about my physical body. When it first started it really hurt my feelings and bothered me, but once I become happy with myself and my body, it didn’t. Someone else’s opinion doesn’t affect how I feel about myself.”
—Second-year undergraduate, University of Central Arkansas

Targeting people for who they are

“A random girl on Instagram posted along the lines of, ‘Being gay and being a murderer are both sins, but I would want the murderer to kill you so it will quicken your trip to hell.’ That was the tone and the intensity.”
—Third-year undergraduate, University of Miami, Florida

“I am African [and that] seemed to be enough reason for an individual to call me dirty because they disagreed with an opinion I held on sports. I am also female, and this seemed to anger another, who abused me because of my gender.”
—Fourth-year undergraduate, Saint Mary’s University, Nova Scotia

Mind your mind: How to summer mindfully

Understanding self-injury and how to cope with emotional pain

Tips to keep you motivated for finals

Feast your eyes: 5 holiday recipes the whole family will love

How to set your students up for studying success 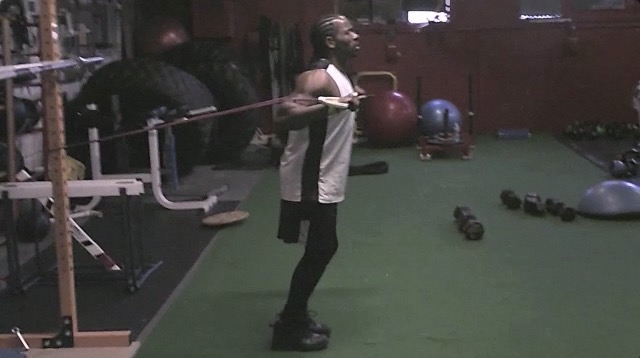 3 workouts that work for your schedule, your skills, and your life